In Pursuit of Fame - Part 2 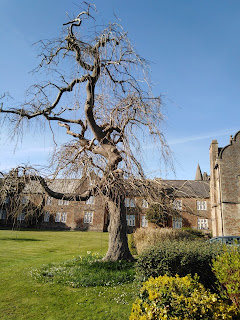 Something with a capital S

My granddaughter is an avid reader of Shakespeare, while I find his prose hard work. Nevertheless, it is the quality of what he says in his stories rather than the storyline, which brought him to the attention of the world. No vampires and aliens for him, rather more the human characteristics of love, ambition, prejudice, lust, envy and greed, set against backgrounds as rich as the prose he used. And whilst not reading each play, I am still able to recognise one of his many sayings: Some are born great, some achieve greatness, and some have greatness thrust upon them.

I freely admit I have always hankered after ‘having greatness thrust upon me.’ But only literary greatness and I am not alone in wanting that. No doubt, if you lined up all those who think as I do, the column would stretch at least half-way round the coast of Britain. For me, I did get close enough to touch it with a couple of my YA novels, Running and Time Breaking. And yes, despite my great age, and with the knowledge that even if I did strike gold (a mixed metaphor) I would not live long enough to enjoy the success that came with it, I still dream of writing a bestseller.

So what does it take to write a bestseller? Thought, hard work, and a whole helping of luck.

Plus, if this applies, the desire to write a bestseller.

No shame in admitting it, the only difference is the way you pursue your goal.

Good writing, editing and good presentation are a given if you seek fame and fortune. More and more writers are using third parties to proofread and edit. Yes, it costs but so do mistakes in the text. And get several people to have a go at the blurb – some are really cringe-worthy.

You must also read or at the least wander into the library and find out what everyone else is reading. Decide what these books have in common. For me, bestsellers today share a writing style that is tight and to the point. Good authors don’t wander off into unnecessary scenes that are irrelevant to the plot … at least the majority don’t. Killing your darlings was the first piece of professional advice I ever received. Just because it sounds good, is not a fail-safe reason to include a particular incident, paragraph or chapter in the manuscript. (My first children’s fantasy I was asked to cut 10,000 words, down from 60 to 50,000. It was a much better book afterwards.)

And before you send me a message on Facebook and present  me a list of authors whose books are widely read and who do wander about: e.g. Carlos Ruiz Zafon in The Shadow of the Wind is an example. About three-quarters of the way through, I thought he was simply showing off what a good writer he was. Remember, even these writers had first to be noticed: e.g. Tracey Chevalier in Girl with a Pearl Earring, the perfect first novel with no such lapses.

Genre has never been as important as it is now. Take current bestsellers – and I am not talking Pulitzer or Man Booker – but mainstream novels. Look through the 1 – 100 bestsellers on Amazon. Lee Child – Jack Reacher, Paula Hawkins – Girl on a Train, B A Paris – Behind Closed Doors, J K Rowling - Fantastic Beasts and Harry Potter, plus David Walliams latest. The rest are what I would refer to as self-help, cook books, cook books, and the way I live my life books.

The first three are thrillers, Harry Potter is magic and mayhem written in the early 1990s of heroes, when everyone still had a passion for reading; David Walliams is comedy for children. The remainder represent the perfect gift for birthdays and Christmas; a book you can dip in and out of written by a celebrity.

Historical novels remain perennial favourites, although Tudors have rather been done to death, and no one considers the Stuarts, except Bonny Prince Charley, as a heady topic. Fantasy set on a vast canvas which extends over a series, (Game of Thrones) is still hugely popular – you just have to get the characters right. Strong women who formed the background for Dystopian fantasy seem to have had their day for the moment, as have vampires, werewolves and angels, (Lee Weatherley – not bad but I preferred her YA thrillers). Romance never goes out of fashion because we still yearn for a happy ending, particularly we women. Although readers like to know what happens to each of the characters after they march off into the sunset of the last page and as a result Death Comes to Pemberley is hugely successful. There remains an appetite for science fiction although audiences often prefer to get their thrills not from a book but a Box Set or film. (Think about it. Reading is a solitary occupation. If I am to be scared senseless, I prefer to be sitting on the sofa clutching someone’s hand and with a cushion to hide behind. Chick-lit and RomCon – short easy reading - is right up there with the best. Hit on the right story and it really sells. Lastly, outrageous comedy will always sell although mainly for birthdays and Christmas.

What I am saying is: if you want to be famous, you have to write something the majority of readers will want to read.

Nevertheless, whatever genre you eventually choose, you still have to promote and work as hard at promotion as you did at your writing. Join groups, use social media, donate your book to libraries. Friends will buy because they want to support you and with luck they will recommend to their friends. Even so, it will take time, trawling the various groups, commenting and blogging, offering promotions and free copies in exchange for a review. And being generous with your time by reading the work of others … very important.

Yes, it can be soul-destroying and heart-breaking. You will ask yourself a dozen times a day, why am I doing this?

The answer to that question should be: because I must … it’s a good book and deserves to be read.

First published in Fashion Magazine in 1969, Barbara Spencer embarked on a highly colourful career spanning three continents in which she was caught up in riots, wars, and choosing Miss World. An award-winning children’s author, Barbara is now writing fantasy/magical realism for an older audience. 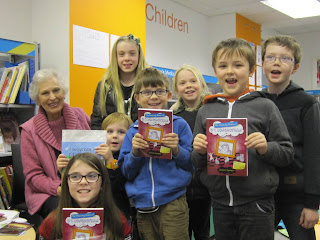