Who in their right mind would be an author?

A great many years ago, when I was learning my craft and attending courses on editing and prose set in some countryside environment away from the lure of the city, I heard the story of the author who took five years to write the first paragraph or was it the first line of his novel.

Unbelievable? Maybe but spare a thought for writers of historical fiction. At the outset, I dabbled with the idea but failed the stamina test – obligatory for writers of history. For them years may pass, when oblivious to both weather and seasons, their days are filled with toil, sweating and straining in search of the möt juste that suits both the character and the century in which their characters are living. And that is not even the beginning. That starts with the research – look at the bibliography listed on the final pages of a historical tome, dozens of books that have been referred to. For most it's actually longer than the gestation period for an elephant calf!

Even for the ordinary writer there has to be a period of thought, when inspiration acquires substance and the plot is faithfully transcribed onto cards or filed on the computer - unless of course you are a pantser and make it up as you go along. (Ah, what bliss). For me the longest was three years! First for Running, which began with the idea of a computer engineer and ended when I visited a garage to charge the battery on my golf trolly and saw a 1000cc Suzuki motorbike, fell in love and made it the hero of my novel. 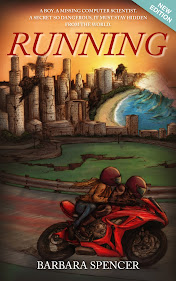 Nevertheless, there comes a starting point for all writers, whether the novel has been diligently researched or is simply the spilling over onto paper of a wondrously creative brain, and as the first words fall onto the page, it is like entering another world in which all the problems of this one no longer exist. A most magical time – and a feeling like no other on earth. As the words fall onto the page, you sense a revving of your engine – rather like formula one drivers on the starting grid. Before you know it, you find yourself staying up beyond your bedtime, waking in the night and reaching for a notepad, exultant as the chapters fall beneath your pen, each day exceeding the prescribed number of words.

But it’s not all wine and roses. For pantsers – numerous cul-de-sacs may loom which demand instand retreat and a new road. For others, there is the curs-ed writer’s block – for which, like the plague there is no official cure. No pill or palliative can resolve the situation, only time! We all have our remedies. A good night’s sleep, a bad night’s sleep, a walk. Mine usually involve coffee and chocolate! My longest spell was two weeks! But then away you go. Finally, after weeks! months! years! you reach that metaphorical (or in my case very real) hill from where in the distance the finish line is now visible. Taking a deep breath, with the liberal use of spur and whip you make a dash and reach out for those magical words … the end.

When in a classroom situation, I used to boast to my audience that a book took four months to write. I closed the door in October and didn't open it again until the end of February. With 'The Year the Swans Came' and 'The Drumming of Heels', both of those took over a year and the sequel to Swan ... eighteen months. 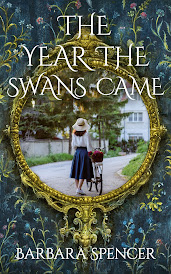 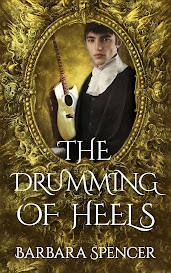 But are those magical words the end, really the end?

No! And especially not for those writing about history because for them the next stage is all about, ‘checking the facts.’ Once again, the many tomes borrowed from the research library are strewn across the room because soon the work will become public property, and the target of eagle-eyed history buffs. Worse than being burned at the stake is the idea that you might have got something wrong, for a slip in your eyes is not seen as such by the ardent reader of historical fiction. For them it is a heinous crime, on a parr with treason, and definitely capable of destroying your credibility as a narrator of facts.

Even for those who who do not aspire to such dizzy historical heights, there is also checking to be done: both sense and sensibility. I remember an agents wrote on her website: if you don't spend as much time editing as youo did writing, don't bother to submit your manuscript.

Finally – the day arrives and you gaze at the list on the computer of jobs to be done and all, every single one, carries a tick.

But can you stop? Can you now let it go and walk outside and breathe the fresh air?

Unlikely, for the chains that bind you to this novel are strong, and if you try to go cold turkey, the bonds will cut deep. Take it slow, a day, a week flipping back over pages, re-reading snippets until one day, you close the pages: ‘My job is done. My novel is free to sail where it will.’

And find yourself totally at a loss for something to do.

After all, how can housework or gardening possibly compare with the majesty of creation?

A great wave of inertia sweeps you off your feet, as you realise that you are entering the matrix for writers – the lay-off period between books. Meryl Streep in an interview said, she thinks of herself as an out-of-work actress when she isn’t filming. Even the holiday you have promised yourself as a reward for all those months of hard work is a let-down, at worst an irritation. Because now you are desperate to get back home to mitigate your punishment and read the first reviews.

And no matter how often you recite the comforting words, ‘How wonderful to take each day as it comes. After all, I don't have to write. It's my choice. It's not a jail sentence with hard labour.’

You don’t believe them. ‘What happens if this is my last book and I can’t find anything new to write about?’  ‘What if …’ horror upon horror, 'I find I can no longer write?’

Like a stubbed toe, that thought refuses to abate. It nags and nags. Even when doing housework or taking the dog for a walk, or reading someone else’s best seller, it won’t leave you alone. Escape is impossible. Furtively you pick up a pen trying a sentence for size and new words for practice.

Then arrives that magical day when you stumble on a name or an event and a frisson of excitement  sweeps over you. Out comes the notepad (tablet or keyboard) and you write a half page. But not any ordinary half-page, a decent half-page, worthy of being in a book.

Conscious that you are once again on the cusp of entering that holy of holies, the writing place that means more to you than anything on earth, you glance guiltily at your husband, partner, dog! aware for however long the book takes to write, they will be playing second fiddle to the magic you hold in your hand. 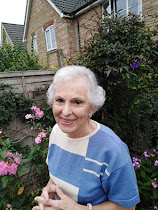 at February 08, 2021
Email ThisBlogThis!Share to TwitterShare to FacebookShare to Pinterest