Running is the book that really started my career writing for YA's and Adults. Over the course of two years, together with Time Breaking it took me to over 100 book-signings in Waterstones stores, and dozens of schools AND Holland, which instantly gave me an idea for my latest book.
PS: If you enjoy Running, you will love the sequel: Turning Point 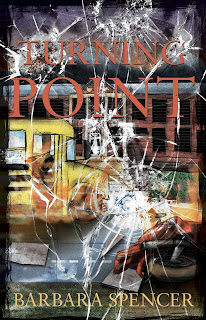 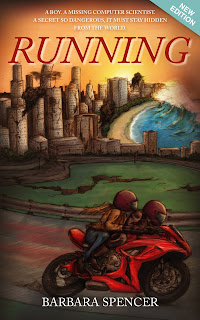 When his dad disappears, Scott is determined to find him. He has already lost his mother. She disappeared in the California earthquake, which killed ninety percent of the world’s computer scientists; a tragedy for which America is held responsible. But there’s little for Scott to go on; a scrap of paper left in a printer and a poster pinned to the wall.

Now someone’s looking for Scott too…

But there’s little for Scott to go on, a scrap of paper left in a printer and a poster pinned to the wall.

Following the clues he heads north on his dad’s bike. But it’s not as simple as it sounds. For now, someone is looking for Scott, too...