The Year the Swans Came


The first in a quartet of fantasy novels, The Year the Swans Came is the forerunner of The Children of Zeus trilogy to be published in 2019.


Growing up amidst the ruins of war, four children play among the bridges and cobblestone walkways of the old city. Pieter Bader, the eldest, wants to work in the family business, designers of mirrors for royalty since the 17th century, while his young sister, Maidy, dreams of becoming a writer, weaving stories of swashbuckling pirates and princesses, who wear sandals made from the silken thread of a spider. Her best friend is Ruth, a young Jewish girl, whose family returned to the city after the war. Slightly the older, rich and very beautiful, Ruth dreams of marrying Pieter, only for him to vanish from their lives late one night.
Is Pieter’s disappearance linked to the arrival of the swans, feared as cursed and birds of ill-fortune?
What will happen when they return six years later, on the morning of Maidy’s sixteenth birthday?
And who exactly is the charismatic and mysterious Zande?
Follow Ruth and Maidy’s cursed tale of love as they discover what happened to Pieter, how the appearance of Zande will affect both their lives, unleashing events as tragic and fantastical as one of Maidy’s stories. 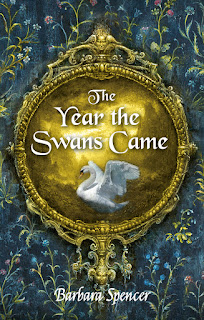