In Pursuit of Fame - Part 1 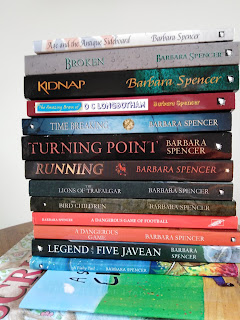 Why does an otherwise normal person decide to commit their life to writing a book?

The answer to that question would form a vast mound of paper because we all have different reasons for setting pen to paper. For Daphne du Maurier, a foremost writer of the last century, it was to escape the unhappiness of a loveless marriage. For me, it was being forced to replace a sparkling career with the more mundane aspects of domesticity – cooking, cleaning and ironing. Maybe it was the tedium of housework that led me to writing for children, for whom the joys of domesticity, housework to you and me, remain undiscovered, somewhat like the river Nile, until they are at least 21.

Nevertheless, regardless of what we give as the reason for days spent peering into a notebook, typewriter or pc, the pursuit of ‘fame’ although strenuously denied is the most obvious goal, even if the words ‘and fortune’ do not accompany it. If someone says to me, I write only for myself, my retort is likely to be: ‘I confess the lady protests too much,’ something Shakespeare used about Hamlet’s mum in Hamlet. I mean, if they genuinely do only write for themselves, the book can live on a shelf or in a drawer – like Fagin’s ‘guilty secret’. (Dickens) It does not need the Internet.

I concede that the word ‘fame’ maybe too strong. Maybe recognition is more apt; the recognition of your peers who think it pretty damn good. That, for any would-be writer is the Everest of accolades.      However, if in doubt as to your motives, apply the litmus test: why should someone buy my book? And does it matter if they don’t?

If your answer is: Like hell it does. Then, like the rest of us, you are seeking at the very least recognition as a writer, plus a wish and desire for fame.

Unfortunately, writing fame like snow leopards has become an endangered species, and far easier to achieve in, say, the last years of the nineteenth century than in these early years of the twenty-first. Maybe there were fewer aspiring novelists vying for the prize. For the vast majority, the idea of putting pen to paper was as bizarre as journeying to Mars is for me, especially for those for whom attendance at school happened only to others. Besides which, the word ‘leisure or spare time’, a basic requirement for any aspiring writer, had not yet formed part of their existence.

As for leisure pursuits … nope! And what the hell are those? People were either sleeping or working … no time for fancy embroidery or petite pointe unless it was an occupation to put bread on the table, in which case it was likely to occupy every waking hour. Candidates for writing fame grew from families who had a bob or two to spare, and who were able to educate their children and keep them at home without the family starving to death.

Although it is fair to say starving in a garret in Montmartre did become the in-thing for artists around this time. Never the most dependable of men, a good dose of cold and hunger went a long way in their search for fame and fortune, which brings up the point: how did they manage to live in squalor and never pay rent and yet spend all night in a bar drinking copious amount of brandy or wine? Be that as it may, once fame and fortune struck it was for many artists already too late to jettison the attic in favour of something warmer and more comfortable. Sadly, all too often the cold and damp, not to mention cheap liquor, resulted in TB which took them off at a very young age. (Look at La Bohême and La Traviata).

Surprisingly, this garret business did not apply to writers, mainly, as stated in a previous paragraph because writers needed a smattering of education which had to be paid for. In this regard the Bronte sisters might well be considered cool. Their father’s income was, or would have been, sufficient to keep them all handsomely had not their brother run up huge debts. However, having been fortunate enough to belong to the gentry who actually believed in girls being educated, and living in a picturesque part of Yorkshire, they were able to decide on a writing career as a way of providing for themselves, even if they did have to pass themselves off as men.(What a long way we women have come!) Indeed, it is likely there are more writers currently starving in garrets or basement flats than there were in the 19th century, although modern writers are often cushioned by a modest handout from the government, which presumably keeps the proverbial wolf from the door.

Even twenty years ago, becoming a household name as a writer was more readily achievable than it is today. However, if you want someone to blame for this downturn, I suggest you turn your attention to successive laws that have limited our working week in order to give us some much needed leisure time, adequate pensions that allow us to sit at home and twiddle our thumbs at the young age of 60 or 65, and Tim Berners Lee who created the Internet some twenty-eight years ago. (The jury is still out as to whether in the long run this will be considered evolutionary progress or a step backwards.)

As a result of this cataclysmic social change, a series of brilliant thinkers invented the play station, mobile phones, Facebook and virtual stores. Amazon sells its books in our sittingroom, children have become addicted to interactive games, independent bookshops have mostly disappeared, and the invention of Ereaders has given rise to free publishing on the web.

Did you know a million books were published on Amazon last year alone? I mean, what sort of odds can you give fame against that: a million to one against?

I still prefer the old-fashioned way of publishing a paperback because that may have a chance of finding its way onto the shelves in a bookshop or library. I remember vividly doing book-signings in Waterstones for one of my children’s books against the background of The Hunger Games, and seeing teenagers dragging their parents to the relevant shelf and exhorting them to read it. 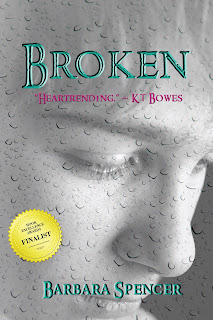 (They probably still do this, but display the cover of the book to their parents on a mobile or computer screen.)

Of course fame is still possible as a small percentage of writers on Amazon have proved. Lightning does have a habit of striking in strange places – look at Twilight and Fifty Shades of Grey.

So … write your book and hold onto your dream of achieving recognition and fame. It’s a wonderful dream to have but the likelihood is it will remain just that, a dream, unless you do something about it.

And I mean something with a capital S.

First published in Fashion Magazine in 1969, Barbara Spencer embarked on a highly colourful career spanning three continents in which she was caught up in riots, wars, and choosing Miss World. An award-winning children’s author, Barbara is now writing fantasy/magical realism for an older audience.

at September 20, 2020
Email ThisBlogThis!Share to TwitterShare to FacebookShare to Pinterest